Both Paul Bernal and Sunny Hundal have written open letters to Rachel Reeves. First, the ex-Labour Party member expresses what many of us feel:

“This is a rare chance for you – I do hope you haven’t already thrown it away. Ed Miliband’s speech at conference was very well received, and seemed to pretty seriously rattle the Tories. They, in response, revealed some of their nastiest aspects at their conference. The Lib Dems are still in chaos. With the departure of Liam Byrne, you had a chance to change the game. It was a chance get onto the front foot, and set the agenda – as Ed Miliband did so well with the energy price freeze policy. Did you notice how well that resonated with people? And how the promise to repeal the Bedroom Tax resonated with people? Did you ask yourself why? One of the key reasons is that it put clear water between Labour and the Tories. It showed that Labour understood peoples’ problems, and actually seemed to care about them. It showed that Labour was no longer going to just be a slightly milder version of the Tories…. or so we thought. 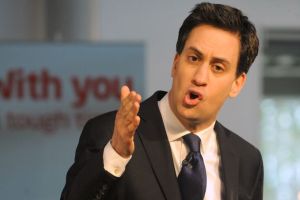 Through your interview, you’ve reversed all that. You may well have lost all the goodwill gained by the Party Conference. I do hope that’s not the case, and I hope you’ll be willing to reconsider your approach. Personally, I live in Cambridge, which is a marginal seat, currently held by the Lib Dems, and I would have thought that you want my vote. Right now, with an approach like this, I don’t think I can give it to you. After Ed Miliband’s speech I was even considering rejoining the Labour Party – after a long gap – and putting a good deal of energy into supporting the campaign. I’d still like to do that, but with an approach like this, I really can’t see a way. [My emphasis.] “

Sunny puts it in an more moderate way:

“The conventional wisdom within Labour is that the party is seen as ‘soft’ on people who claim social security and too forgiving of people who abuse the system. You will know that poorer people are usually harsher towards others on benefits and want tough sanctions on abusers of the system. You will have seen polling that suggests Labour needs to neutralise that image or else people may be tempted to vote for the Conservatives in 2015. Hence you wanted to sound tough in your interview with the Observer on Sunday.
…
This talk of Labour ‘walking into a welfare trap’ set by the Tories has itself become a problem: we keep returning to the safe ground of ‘tough’ rhetoric, without convincing messages or policies that favour Labour in the long term. It is time to bring some fresh thinking to this debate and I hope you won’t shy away from doing so.”