Had you asked me five or ten years ago what I thought of Margaret Thatcher then I would have let forth a stream of invective and only subsided as my blood pressure reached a critical point.

But now on reflection I am not sure I could do the same. That is not to say I do not loathe every facet of Thatcher’s governments, but I feel we should avoid overly simplifying our reactions to her demise.

I think it is necessary to separate out the person from the politics and the wider consequences.

Looking at the latter first. It is hard to describe to contemporary generations what Britain was like some 40 years ago. Not only in terms of lack of technology, variation or the comparatively insular nature of society back then. Whole books have been written on the political, economic and social legacy of Thatcherism, instead I would sum those changes up in two words, privatisation and profit.

When you look at fragmented British society with its extremes of wealth and poverty that is a legacy of Thatcherism. Where other European countries have public utilities running public services Britain has a range of private monopolies, which yearly attack people’s pockets. Other countries have joined up transport and infrastructure, Britain has Thatcher’s legacy.

Nevertheless, she cannot take all of the blame, numerous politicians, some even found in public life today (Michael Portillo is but one example) were key advocates of Thatcher’s myopic policies back then.

Thatcherism has had a profound political influence in Britain, all major political parties eventually succumb to its ideas, one way or the other. The notion that the market could fix everything, or nearly everything, has been adopted by both Conservative and Labour Party. Tony Blair, was obviously from the outset an admirer of Margaret Thatcher, brought those maligned policies into the Labour Party. This can be seen by the fool hardly and dangerous changes to the NHS over the past 16 years.

But the adoption of manic pro-market politics cannot be blamed solely on Thatcher. While she was a vehicle and obvious face of those wretched ideas, others chose to pick up the policies and articulate them, with the resultant mess that we see in Britain today: scarcely any manufacturing, poor public services, poorer infrastructure and a seriously divided society

Margaret Thatcher was a singularly clever individual, who crawled her way to the top of the Conservative Party. When they had no use for her she was stabbed in the back and thrown aside.

If newspaper reports are to be believed, she suffered numerous ailments, the loss of a husband and serious dementia which is punishment enough for one person

But the other individuals, who articulated or benefited from her policies, have greater culpability. 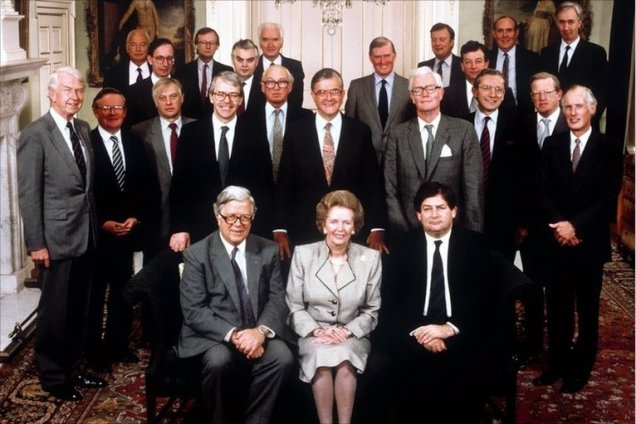 Many, many others are to blame, as well.

She died as a sad, confused individual. A failure.

More is the pity that the pro-market nonsense she articulated can not be buried at the same time.
END_OF_DOCUMENT_TOKEN_TO_BE_REPLACED