A yearly Christian festival has come in for criticism to the extent that Greenbelt felt compelled to put out a Statement on Israel/Palestine programming by Greenbelt. Whilst there is the broader question of, whether or not Westerners should be interfering in the Middle East, there should be no circumscription on criticising the human-rights record of any governments. Any. 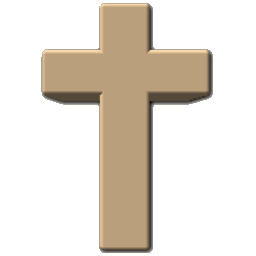 There is much to criticise in the Middle East and the Israeli government is not immune from it. The continued occupation in the West Bank. The treatment of immigrants to Israel and the rise of right-wing racist ideas. However, we must not forget that it has been Israelis at the very forefront of these issues and opposing their own government.  That opposition takes various forms from the human-rights organisations, such as B’Tselem to Rabbis For Human Rights and beyond.

Where is it, Syria?

Except that Israel is not the only country in the Middle East.

Nor is it the only one connected to the Christian faith and therefore of interest to many Westerners or festival-goers at Greenbelt.

I could not help but notice a strange omission from the festival programme, any mention of Syria. Whilst it has slid down the news agenda, the 2½ year conflict involves many millions, with probably over 120,000 dead, millions of refugees flooding into neighbouring countries and it should deserve at least one word of commentary. I thought it was a peculiar oversight, but then, is it?

I wondered, could it be that those fixated with Israeli misdemeanours give the rulers of Syria an easy time? There is one whole article on the Greenbelt site relating to Syria, whereas the search result on “Israel” amount to 7 pages of searches, 63 entries.

The  hypothesis, that strident and negative views on Israel would lead to a bias in reporting of the Middle East needed testing, the question was how?

Well, I supposed that choosing the most strident Christian critics of the Israelis I could think of might prove illuminating. Surely, I reasoned, they could not fail to indict Bashar Assad for instigating the conflict in Syria? Or using tank shells and aircraft on unarmed civilians?

All of this did not happen overnight. The conflict started in March 2011 when the Syrian government decided to shoot peaceful demonstrators. The Western media begun to document the abuse by the Assad regime, including disappearances and regular use of torture.

I thought that even the harshest adversary of the Israelis would not be so lopsided as to moderate their acerbic attitudes when it came to the quasi-dictatorship in Syria.
END_OF_DOCUMENT_TOKEN_TO_BE_REPLACED