This is just a quick summary for anyone coming late to this issue.

1. Oliver Hotham published a quick question-and-answer on a small grouping which pushes “straight pride”, whatever that would be. 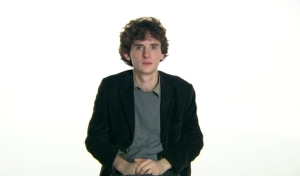 2. Subsequently, they became annoyed and tried to intimidate him to remove the blog post. They even went to the extreme and sent Wordress a DMCA notice.

3. Naturally, as a comparatively poor student, Oliver Hotham, complied. He couldn’t afford the time nor the money to fight that action in a court. But he expressed his annoyance in a further blog post, The sordid tale of how I was censored by Straight Pride UK.

4. Straight Pride UK wanted that removed as well, piling on the pressure. But the Internet came to Oliver’s rescue.

5. I and many other bloggers reposted the material, invalidating any take down notice. Unless, of course, Straight Pride UK wanted to sue half of the Internet!

6. Activists on Twitter took notice of events and pointed out the homophobic sentiment underlying Straight Pride UK (expressing support for Putin’s anti-Gay laws). which led them to protecting their tweets, effectively censoring themselves! Under pressure they swapped Twitter accounts, but made the elementary mistake of leaving their old free. 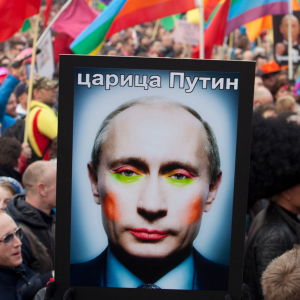 7. So Straight Pride UK was turned into a parody account with an associated web site, kindly donated by Craig T. Smith.

8. You might think that would be the end of it. Anyone sensible would lay low, lick their wounds and think about their strategy. NB: the individuals behind the original Straight Pride UK  are now using the @prideofstraight account on Twitter.

9. Instead they tried to intimidate the owner of the Straightprideuk.co.uk parody site, without success.

11. The issue was picked up by various sections of the media:

Gizmodo, The Most Convoluted DMCA Takedown Request of All Time.

Huff Post, Do the Rights of Straight People Need Defending?

[This is a partial summary, may contain errors, typos or omissions so blame the author! I welcome intelligent corrections, but no DMCA notices please, as I ignore them and I am immune to libel proceedings too.]

PS: If you suffer from DNS issues, then please do visit the second parody site stupidprideuk.com

I suspect there are some deep-seated issues at play there.

If they were not bigots I might feel sympathy for their neurotic behaviour, but as it is they need to be exposed for the closet homophobes they are.

I can only assume that they have decided to give up social media, realising that they cannot impose their totalitarian and homophobic agenda on the rest of the Internet.

Or possibly they have retreated back to their cave, knuckles scraping on ground? Who knows?

2 thoughts on “Quick Round Up on Straight Pride UK”